Love is a universal language that can easily be shown through actions.  You don’t always need to be able to speak the same language as someone to share the love of God with them.  While I have learned 5 languages throughout my whole life, I can only speak English fluently.  The other 4 languages are just enough to get around or have a small, surface level conversation with someone.  I can't have a deep, meaningful, intimate conversation with anyone that doesn't speak English, but somehow I have a lot of close friends that don't speak English!!!!????? 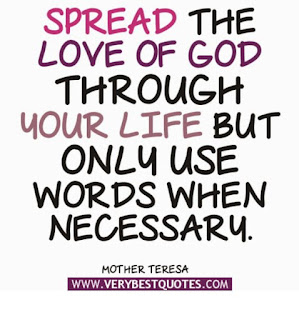 There is a Thai guy in my DTS who is 12 years younger than me.  We treat each other like brother and sister and even call each other Nong-Chai (little brother) and Pi-Sauw (big sister).  It’s been such a blessing doing this DTS with him.  He has taught me a lot about Thailand, Thai people, Thai culture, and God’s love and patience with the Thais.

Even though my Thai is very limited and so is his English (thank God for Google Translate), we use our actions to show love and care to one another.  This above quote is an example of how I’ve treated my relationship with my Nong-Chai and others I have met throughout the world, over the years.

This past week something really incredible happened.  I was sitting and listening to my Nong-Chai practice the guitar and he told me he wanted to tell me a secret.  I already knew his testimony because we have to share it with everyone at DTS.  But he went deeper into his testimony and shared some things with me he was ashamed of about his past.

I asked him if he had shared with others and he said he doesn’t really share those things with others because he is afraid people will judge him and won’t want to be his friend anymore.  I asked why he thinks they will do that, but I won’t, and he said he “trust me” and “knows that I will still love him even though he tells me these things.” 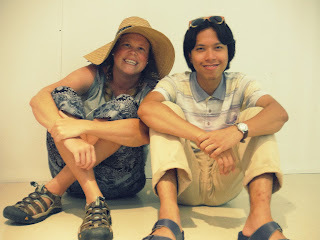 What a sweet moment that was not just for him and I but for God and I as well.  How does he know how much I love him when I don't have the capability to express that love to him in Thai!!!?  The fact that I can’t have a deep and meaningful conversation with this kid because of our language barrier, or the fact that there are native Thai’s and other Thai speakers at this DTS who he can share with but chose me, really speaks a lot to me about trust and love.

He chose to share with me because he knows he can “trust me” to “still love him and not judge him.”  This incident brings a whole new meaning and understanding to what love is and about how trust is formed in all our relationships and interactions with people.

I have experienced love from so many people I cannot have an in-depth conversation with because of a language barrier.  Love is more than just saying “I love you.”  Love is shown through your actions.  Genuine people are genuine because their actions and words match!  True love is true love because it is shown through actions.

Here are some ideas for ways you can show love.
*a hug
*a smile
*a pat on the back
*a laugh
*a listening ear
*an extra coffee you pick up on your way to work
*a sticker on your students graded paper
*pushing a kid in a wheel barrel while he laughs hysterically
*paying the bill of the person behind you in the drive through
*sitting in the same room as someone while they play an instrument
*going to the ball game of one of your neighborhood kids
*making a meal for someone
*taking a meal to a homeless person
*defending the rights of an immigrant fleeing their country in fear to save their life or the lives of their loved ones
*giving flowers to a prostitute and telling them they have value
*visiting senior citizens in a home who have been forgotten by their loved ones
*bringing balloons to sick people in the hospital
*croqueting hats for cancer victims
*asking someone how they are doing and ACTUALLY LISTENING

I could go on an on but I think you get the picture by now, at least I hope you do.  If you don’t God bless you! Pray and ask Him to show you how you can show love to someone.  My point is, WE NEED TO START LOVING WITH OUR ACTIONS!!  This world is messed up!  It needs more real, genuine, unconditional love. 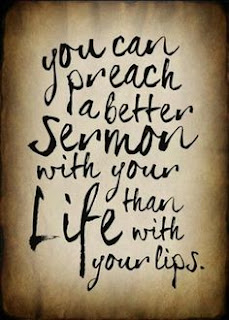 Posted by precious lamb at 8:53 PM