"Arriving at one goal is the starting point to another." ~John Dewey

As I flew over Thailand and we began our decent into Bangkok, I noticed these flickers of light out my window.  The closer we got to land, I realized the many glimmers of light I was seeing were from the sun reflecting off the gold roof tops of the temples.  I began to pray for Thailand and as I did this metaphor came to my mind.

As I live in Thailand I pray that my life is like the gold on the roofs of the Buddhist temples.  May I, being a temple of the living God, reflect the Son.  May I be a glimmer of light that attracts others to Christ.  May the true King rule in the hearts of the Thai people.  May this nation come to know the love of Jesus! May their eyes be opened and may they run into His Truth, finding Grace, Mercy, Hope, and Love.  May they embrace justice and may it abound in this nation. Let there be rejoicing in heaven over these lost sheep.

So He told them this parable, saying, “What man among you, if he has a hundred sheep and has lost one of them, does not leave the ninety-nine in the open pasture and go after the one which is lost until he finds it?  When he has found it, he lays it on his shoulders, rejoicing.  And when he comes home, he calls together his friends and his neighbors, saying to them, ‘Rejoice with me, for I have found my sheep which was lost!’  I tell you that in the same way, there will be more joy in heaven over one sinner who repents than over ninety-nine righteous persons who need no repentance. 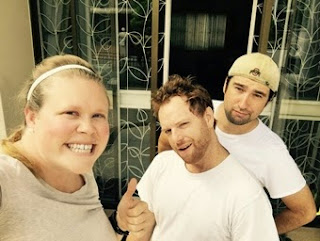