I’m a quitter.  When things get to difficult, or I don’t feel like I’m being loved or treated fairly, I quit.  I’ve never had a problem with being a quitter.  After all, what use is all the stress and mistreatment?  I deserve better than this right?  I’ll just move on to the next thing, screw this.  Well, I’ve been convicted of this big time, recently.  (Especially because I have the desire to be married and be a missionary, two things you really shouldn’t quit whenever you feel like it.)

A couple months ago I read a quote that said something like, if you quit something prematurely, to move on to the next thing, you might miss out on a blessing and may not be prepared for the next stage of life.  That quote really resonated with me, even made me cry.  It made me think about all the times that I know I missed out on a blessing because I quit something prematurely.  I also believe that this is one of the reasons I’m currently in Korea and not Brazil.

I have always had a “free-bird” mentality, ready to fly whenever I feel like it.  I hate feeling trapped.  For the past couple of months, and even now as I write this, I have a desire to quit Korea, quit LTM, quit preparing to be a missionary, and just move somewhere else.  I feel trapped by all of these things, like I’m a puppet on display and all of these things are pulling my strings, forcing me to act the way they want me too.  This desire to run has been with me all my life, from the moment I began to crawl according to my parents.  The one thing I’m starting to notice however is I always run into the same problems I had before, just with new people and in a new place.  The cycle continues to repeat itself because the only solution I’ve tried for fixing my problems is running.  Granit, God has met me in my running, and helped me change some things, but the basic problems of relating to others haunts me with each new place I’ve lived.

OK, so what does this have to do with Basic Christianity?  Well, nothing, until I got to Chapter 9, Counting the Cost. I’ve read this book and several with a similar theme so many times and TBH, was not thrilled to be reading it but I did.  I decided God has me reading it again for a reason so I should pay attention.  John Stott says,

“The Christian landscape is strewn with the wreckage of derelict,
half-built towers, the ruins of those who began to build and were
unable to finish.  All too many people still ignore Christ’s warning
and undertake to follow him without first pausing to reflect on the
cost of doing so.  The result is the great scandal of so-called nominal
Christianity.  In countries to which Christian civilization has spread,
large numbers of people have covered themselves with a decent,
but thin, veneer of Christianity.  They have allowed themselves to
become a little bit involved enough to be respectable but not enough
to be uncomfortable.  Their religion is a great, soft cushion.  It protects
them from the hard unpleasantness of life, while changing its place
and shape to suit their convenience.  No wonder cynics complain of
hypocrites in the church and dismiss religion as escapism.”

I was immediately convicted to repent.  I realized that for me, quitting is actually a sin.  How many non-Christians have I impacted in a negative way with my “nominal Christianity” I wondered?  I need to trust God and deny myself of the freedom to run just because things are difficult.  I need to work through my conflicts because through them, I grow into the person God created me to be.  This doesn’t mean I’ll be a doormat, it just means I need to “deny myself of myself.”

I don’t want to be a missionary that does things halfway.  I don’t want to quit on people that need to know the loving and saving grace of God the Father before they get to that point.  I don’t want to be a mom that quits on her children or a wife that quits on her husband.  I want to do the best I can to raise my children to love the Lord and love doing His work.  I don’t want those I introduce to God, including my children, to have only a “decent, thin, veneer of Christianity.”  I want them to fall deep into the knowledge of who God is and His purpose for their lives.  How can I do this if I’m not even doing it myself?  How can I teach something I do not know?  That is hypocritical.


So as I sit and wait out my time in Korea, preparing for Thailand, I will continue to seek God for guidance and strength.  If I run, I’ll run into the arms of my Savior and ask Him to help me.  I want to be so deep in God that the Man He has in mind for me has to seek Him in order to find me.  I know this sounds cliché and maybe even doesn’t make sense to some people, but I’m tired of asking God to put my heart back together.  I want it to ache for the things He aches for, and not because of my own misdoings. 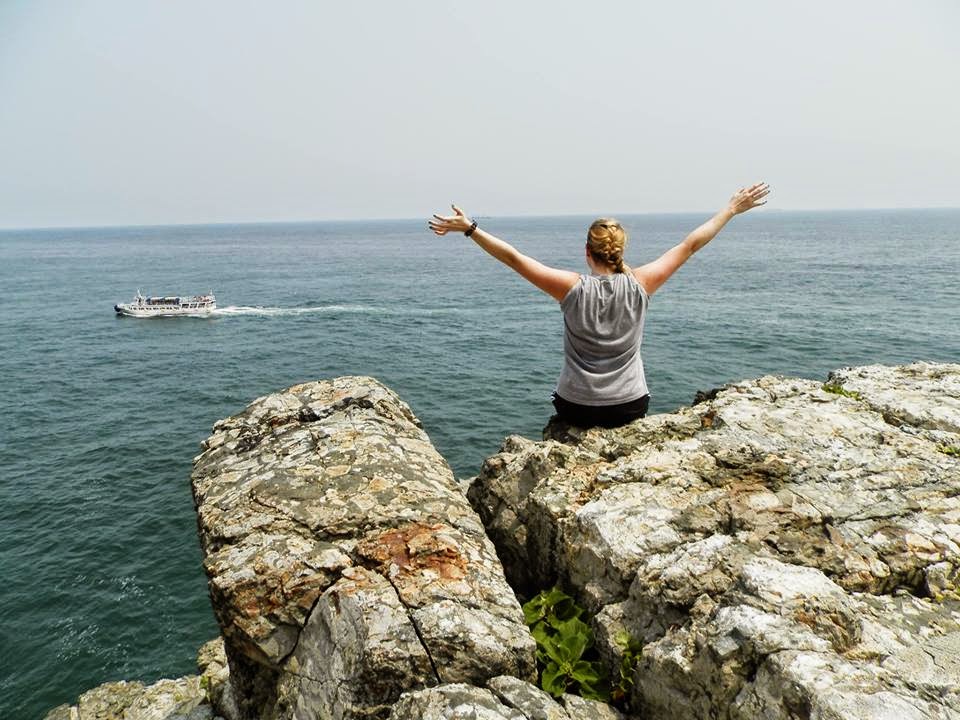