North Korea: A Prison of Darkness

"No nation should be a prison for it's own people." ~George W Bush.

Recently I went on a USO DMZ tour to Panmunjom, South Korea.  It was very informational and really encouraging to see how eager the United Nations is about having the 2 Koreas unite as one peninsula.  This is also a passion I have developed for the Korean Peninsula since my arrival to Korea in February 2013.  In the past year and a half my eyes have been open to the incredible acts of injustice that are being done to the citizens of North Korea.  Before I came to Korea I just thought N. Korea was a communist country and communism was bad but didn’t really understand why.

My naïve thinking about communism that I obtained during my K-12 education was completely wrong.  Communism does not promote equality in a fair way.  In fact, communism eliminates freedom all together.  Citizens of communist countries do not have freedom of expression, freedom from torture, freedom to travel, or freedom from hunger.  For the World Cup in 2010, North Korean soccer players were allowed to participate but the minute they were eliminated from the competition they were told to come back to North Korea or their family members would all be “punished” if they didn’t return.

Next year is the 70-year anniversary of the division in Korea.  I believe that similar my experience before arriving to Korea, people around the world do not know enough about the problems in North Korea.  There is plenty of information out there but the problem is that it isn’t reaching enough people who will fight to end the oppression and injustice that goes on in N. Korea.

In a study conducted of 122 refugees (2008-2009) by the University of North Korean Studies under the direction of the National Human Rights Commission of Korea, 76% of refugees reported witnessing public executions in N. Korea, 46% reported that there was no food distribution, 58% reported witnessing people die of starvation.  The UN’s World Food Programme states that one in every three children in North Korea remains malnourished.  It’s not that N. Korea doesn’t have the money to buy food for its people; it’s that it chooses to spend the money on weapons under its “military first policy.”

North Koreans suffer from severe lack of freedoms.  The economic operations are firmly controlled.  Education and health care are among the poorest in the world.  Going against the government in anyway -large or small- could end someone in a prison camp.  Many prisoners never learn what exactly their crimes are.   The government’s guilty-by-association policy means that a person’s entire family may be sent to a prison camp for the “crime” of an individual.
Radio Broadcasts are tightly secured and monitored by the government in an attempt to brainwash its people.  Still, North Korean citizens have been able to get broadcast outside of North Korea, mostly through government-issued radios that have been tampered with or on radios smuggled into the country.  As more and more N. Koreans learn the truth about the outside world, they are compelled to leave and find freedom.  The increased availability of outside information has changed the people’s perception of their country and its leaders.  They realize they are being brainwashed.  It’s causing the people to depend on themselves rather than the government for sustenance.  It’s a slow but steady change.  The collapse of Korea could happen internally because of this awareness that is being obtained.

North Korean refugees have officially settled in 23 countries.  27,000 refugees live in S. Korea and another 2,000 live in other countries all over the world.  According to South Korea’s constitution, refugees that escape from North Korea are official citizens of South Korea and therefore are safe if they make it there.  The Chinese, however, abuse refugees that escaped into China before sending them back.  Around 15,000 a year get sent back from China.  Once back they usually end up in one of the prison camps where they are hung and beaten as a public spectacle.  Sometimes they will even jump on pregnant women.  Escaping to China is easier than escaping to South Korea so more refuges seek out the Chinese route as the South Korean boarder is extremely well guarded.

As human beings we were created to have freedom.  God, the Creator of all heaven, earth and everything in it, including mankind, gave mankind the freedom to choose a relationship with Him.  We were not created as robots that are forced to serve, love, worship, and honor God.  He gave us the freedom to choose whether or not we wanted to do so.

If God does not force mankind into a relationship with Him then who do these dictators think they are that demand things of people, taking away their God given freedom to live the way they choose.   People are loosing their lives in an attempt to escape for freedom, and they think it is worth it.  The idea of freedom gives them hope.  The desire to have something so many thankless people around the world have, gives them courage to risk their lives. They would rather risk losing their lives to find freedom than live captive in a land of unjust bondage and torture. Let me say that again, THEY RISK THEIR LIVES FOR FREEDOM!!!!!  The idea of death does not stop them.

When was the last time WE were thankful for freedom?  When was the last time WE were thankful for even that snack we ate between meals because it was just there in front of us and looked appealing to eat, even though we may not have been hungry at the time.  I’m not writing this to make people feel guilty.  I’m writing this because there are bigger issues in the world that I want to encourage people with power and resources to stand up for.  If you are American, regardless of your economic status, you have both of these.  Europeans, Australians, South Koreans and some of my other friends around the world, you aren’t exempt either.

I’m so tired of hearing “sensitive Americans,” in their “comfortable bubble,” complain about things that really don’t matter.  If you want to complain about something I beg you, complain about this or other injustices around the world.  Adopt an orphan, or give up going out a few times a month and give the money to charity.  Give up your lavish vacation and go on a mission trip, or sell everything, leave America and go to another country to help with the need.  Don’t be afraid and don’t let the “what-ifs” stop you!

One person can do unbelievable things but they cannot change the world alone.  If mankind would work together we could impact such greater change, the change I believe every human being, deep within, past all selfishness, pride, and vanity, truly wants to see.  It’s not too late!  There is still hope!  You are not dead and that means you can still do something!  Even if you have small children you can do something!  A friend of mine, who just had a baby earlier this year, is moving to Thailand as a missionary.  Don’t let life stop you from fulfilling your desire to make a difference, even if that means making a difference where you are at.

“You are here in order to enable the world to live more amply, with greater vision, with finer spirit of hope and achievement.  You are here to enrich the world.” ~Woodrow Wilson

If you would like more information about the injustice in North Korea or how you can help, here is a link from the Justice For North Korea website. 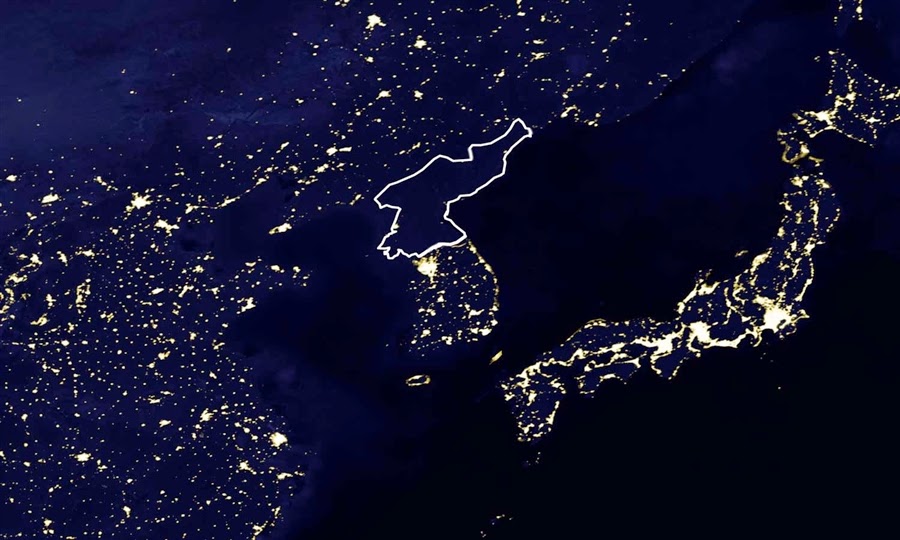 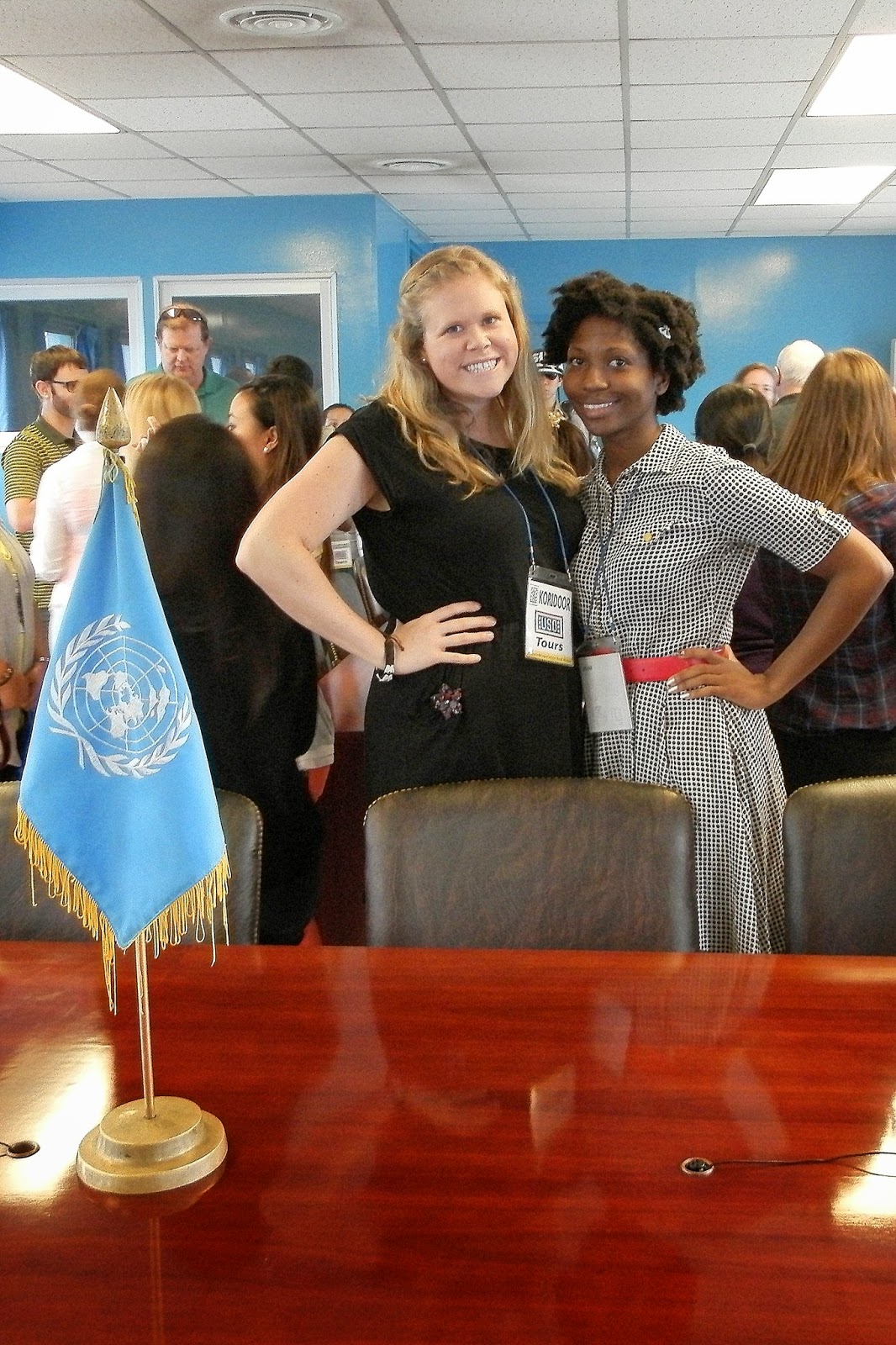 My friend and I standing on the N. Korean side of the DMZ. 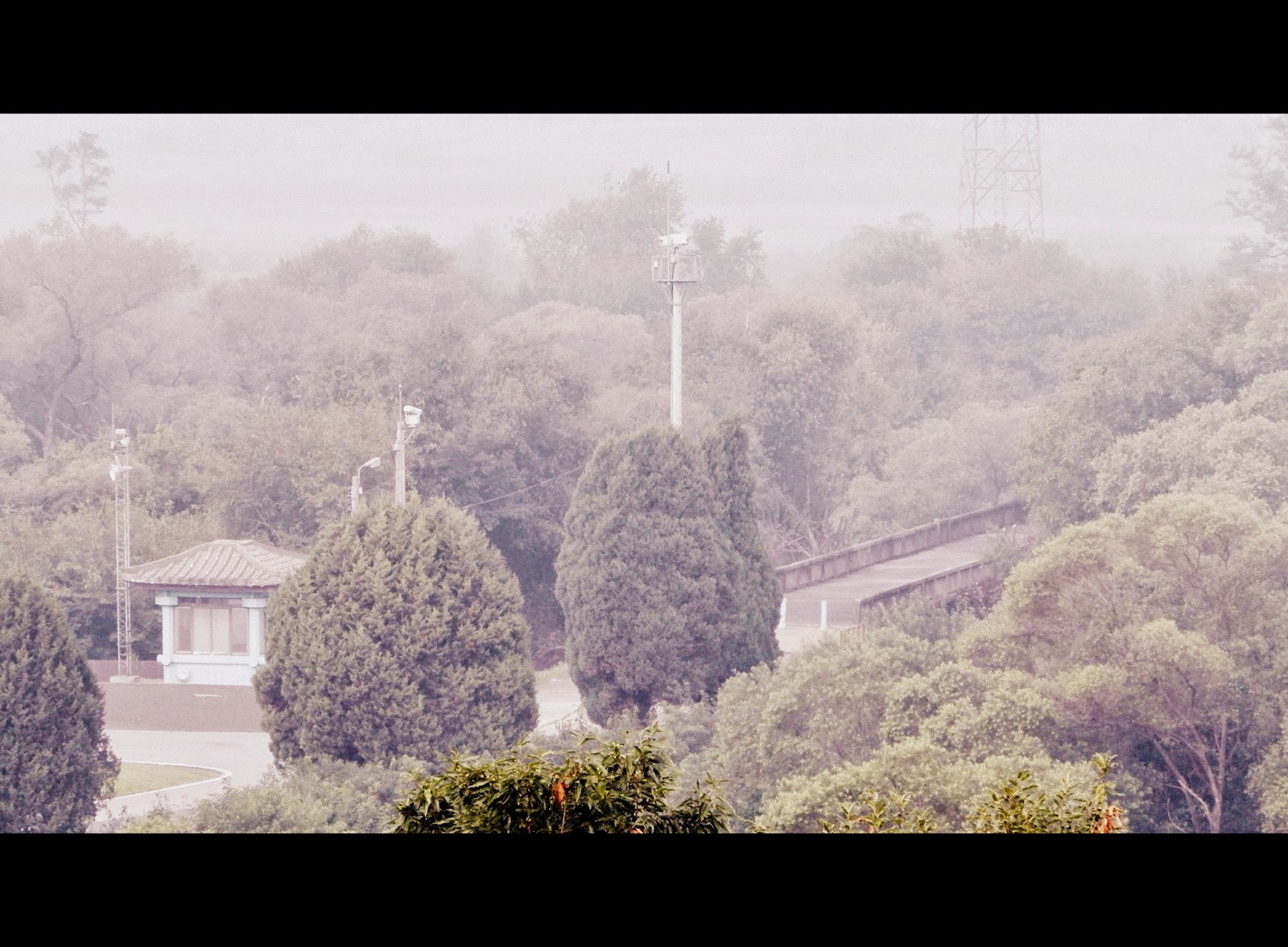 The bridge of no return. 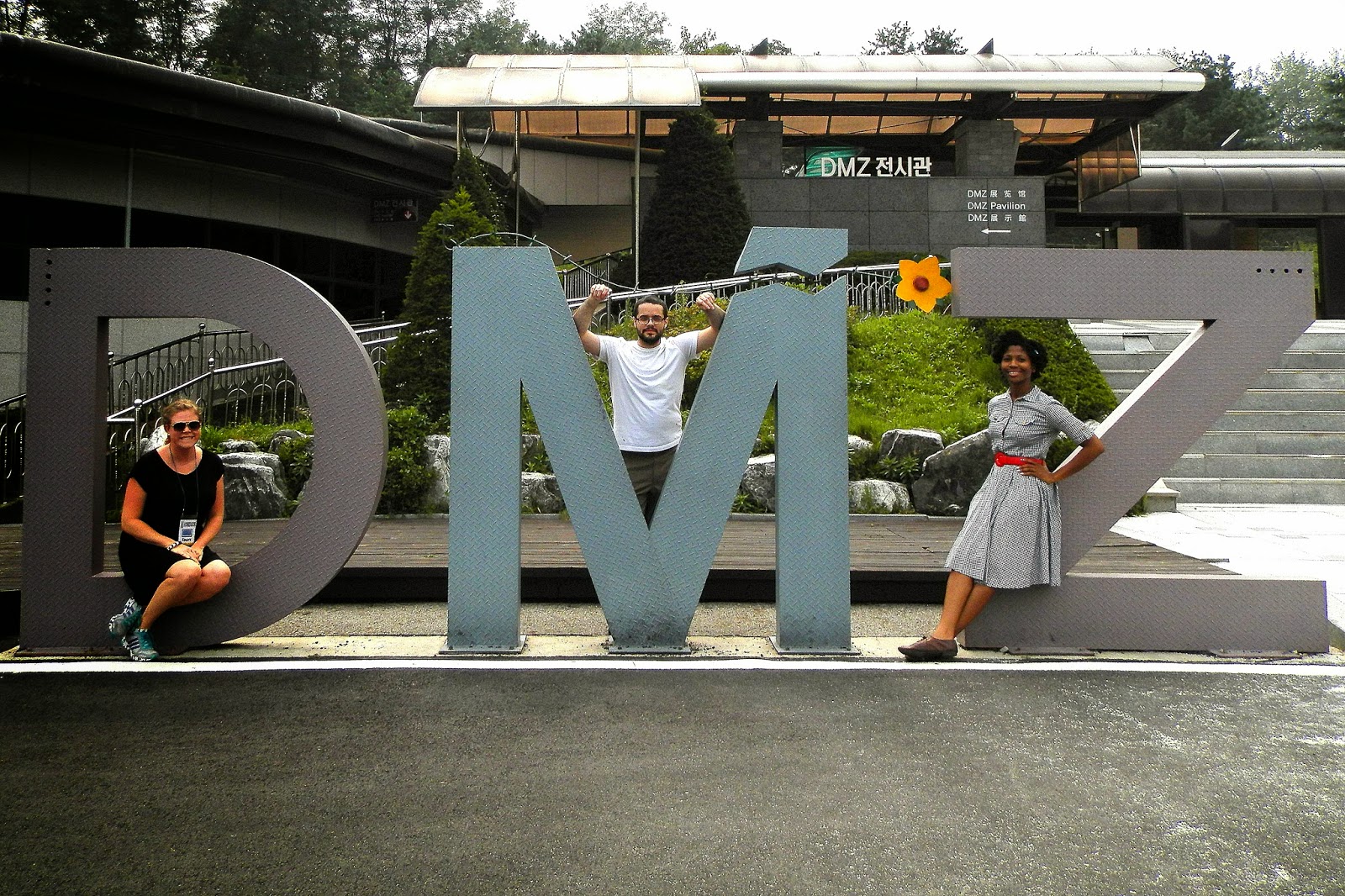