Korean's are some of the hardest working people I know, but why?  This week I worked a total of 52 hours but I am only getting paid for 40.  While I don't mind working hard, I do mind doing other peoples work for them when they get to come and leave on time.

You see, when I first came to Korea I was told that Korean's work hard.  I was also told that they are the least productive workers in the world.  So what is the point of all this hard work if you are going to have such low productivity?  I have no idea.  Maybe they are tired.  I'm constantly blown away at how advanced Korea is when only 60 years ago they were a third world country.  It is seriously unbelievable and I know that this Korean work ethic has gotten them here.  But it's like they are forgetting the purpose of what it means to work hard.

VENTING (my problem with Korea): I was also told that Koreans should not leave until their boss leaves.  Even if they are finished with their work they should find something to do and stay until their boss leaves (normal bosses stay late past clock-out time).  Here is what puzzles me, my lazy, good for nothing, unfair, narcissistic Korean boss comes in on time and leaves on time.  On top of that she doesn't appreciate anything that we do.  Shoot, she doesn't even talk to us (unless she wants to tell us how bad of a job we are doing and usually she does that via email or through another person).  She gives us all her work and then tells us it has to be finished by a date or time that is impossible to meet.

IRONY: She has also told me the reason she leaves on times is because she doesn't want any of her employees to feel a burden to stay late.  This makes no sense because she gives us her work (or makes up pointless work for us to do) knowing there is no way we can finish it all on time.  She is unbelievably out of her mind!!!!!

FRUSTRATION: Oh and here is another thing that frustrates me the most!  She finds time to give herself a manicure in her office during work, eat lavish, long lunches, (that I wouldn't be surprised our school budget pays for because we never have any money to do anything) and because she has nothing to do she has plenty of time to micromanage everything we do.

Now I don't want to give a bad vibe about Korea (after all this is just one person and I don't believe it is fair that one bad apple spoils the bunch).  I just want to give people considering coming to Korea, to work for a Korean company, a warning you may run into, or work under someone like this.  There are many Koreans that work really hard, diligently, and run things fairly (especially the Korean generation born mid 70's and later).  Seeing how my co-workers respond to current working demands gives me hope for Korea.  After all, "All work and no play makes Jack a dull boy."  I just hope that Korea changes.  I hope they can see that all this loyalty to studying and hard work is making them miserable!  I wish these children could be kids.  I wish they could know what it is like to have a summer break, going to the pool, going to the movies, sleep over with friends, etc. instead of going to their normal academies plus new ones cause they are not in school.

REALIZATION: I began to realize this about 10 months into teaching in Korea.  This is why I don't push my students anymore.  I know it may not seem kosher, and parents may not like it, but a lot of things I learned in life that I use today I learned on the playground.  It is for this reason that I have turned my classroom into a playground.  I want students to learn and interact with English is a way that is fun for them.

I understand that I am in Korea and I should adjust to their culture.  I feel like I have done very well up until this point.  I just don't like to be abused or taken advantage of and then told "it's the Korean way, you should endure."  I also don't like seeing children absolutely miserable because they go to so many academies after school and then have to go home and do homework from all of those academies on only 5-6 hours of sleep a night.

ON A GOOD NOTE: I realize this post is everywhere but I had a long week.  I could be so negative but I've chosen to just leave it here and really it is pointless to be negative.  If you are thinking of coming to work in Korea be prepared, (especially if you are working at a Hagwon).  They will suck the life out of you.  But enjoy every moment of it because in all honesty, Korea really is a great place.  They have great food, and a rich cultural heritage that I have enjoyed learning about (as well as take pictures in).  When I add it all up anyways, working in Korea only accounts for 25% of my time here.  I refuse to allow 25% of what I do to determine how I feel the other 75% of the time. 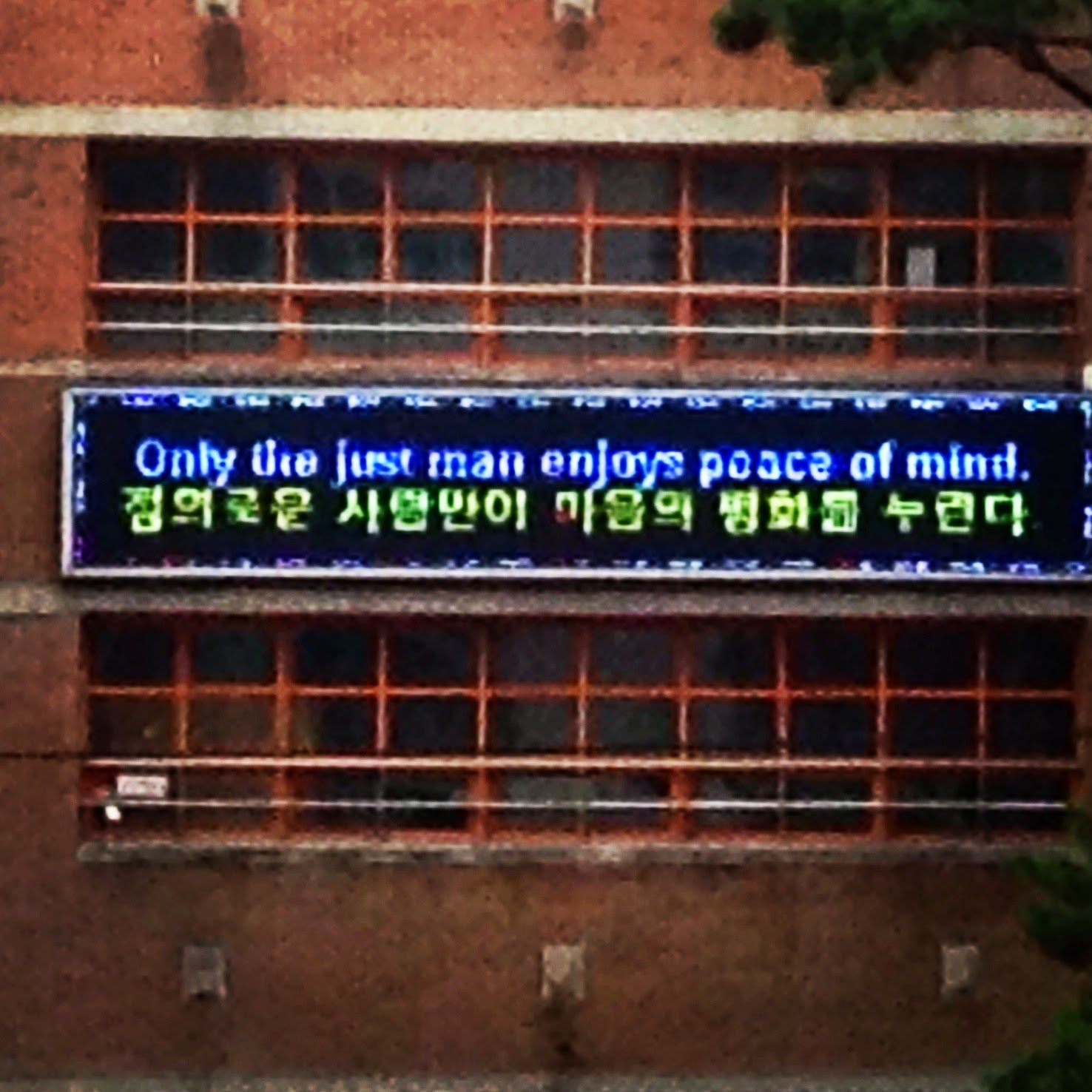