Tonight was really difficult for me.  This edition will be in 2 parts because I have so much on my heart to share.  The first part will be about my recent visit to the RLD.  The second part will be what has been on my heart since returning.  This is the third time I have had the blessing to witness in Daegu.  The team consisted of 4 members two of whom were going for the first time from my church.  One of these members is a male, which is a huge blessing.  These women need to see that there are men out in the world with respect, dignity, and integrity, fighting to save them from this injustice.  His presence will speak volumes beyond what any female can and we are so thankful to have him on our team.  Starting the month of February, Vanesa and I will switch and only go once a month to Daegu, taking teams with us.

We arrived early so we could do a prayer walk over the area and so Pastor Choi could explain some things to the 2 new members, since we cannot talk amongst ourselves while doing the distributing.  The weather was so nice today around 60F/15C.  It was so warm and it didn’t rain on us like it was suppose to!

Tonight we handed out hand cream with Numbers 6:24-26 written on the outside of the package.  “The LORD bless you and keep you; the LORD make his face to shine upon you and be gracious to you; the LORD lift up his countenance upon you and give you peace.”  We were reminded before we left that we are doing the task that God has called us to do.  We should not be going out expecting to receive the blessings God has for us, but to be a blessing to the ladies as we share God’s love with them.

When we arrived at 8 pm to begin the distribution, there was nowhere for us to park.  It was very busy tonight, many customers.  A madam recognized it was us and that we could not find a spot so she provided one for us!  This is so uncommon.  What a blessing.  She removed one of the barricades so we could have a place to park.

We began with prayer just like always, inside of the car.  Then we set out.  The madams were very friendly with smiles again tonight.  Some of them shared about serious illnesses they had with us.  Illness seemed to be a common theme tonight.  A new lady asked us to pray for her!!  She has diabetes.  She really opened up to receive prayer.  Past Choi prayed that she would confess her healing to other madams once it happens and that she would no longer desire to be in that place.  This now makes two people who are open to receive prayer in this RLD!

Another lady was expressing how she doesn’t have hope to continue living.  She has been having thoughts of suicide because she has an incurable disease.  We asked her to share what it was but she didn’t feel comfortable.  He wanted to pray for her but she didn’t want to receive prayer yet.  This ladies story really touched me.  I will share more about it in part B blog because I personally have shared her pain.

Tonight was extremely difficult for me.  There were so many customers out, most likely because of the Lunar New Year holiday.  As we waited a few minutes for Pastor at one spot on the main road, I saw 3 taxis stop and let out a car full of men.  I could hardly focus on the girls because I was so overwhelmed by the amount of customers.  The looks on some of the girls faces seemed like that of desperation, like they wanted to be freed from that place.  Normally I see emptiness in their eyes but today they had looks of panic.  Every time I turned to look another direction I saw madams pulling guys into their doors.  I saw men sitting on chairs inside, watching the girls prepare for the night.

I saw many men going inside and I know they saw us.  They didn’t even care.  A madam coaxed one guy inside and when he turned to look out the door I was able to make eye contact with him.  I prayed in my heart he would flee.  He looked extremely guilty, anxious to bolt out that door, but he didn’t.  It seemed like he was battling conviction.  Another guy was sitting outside and as we approached he tried to cover his face from us.  We still gave him a hand cream and pastor Choi spoke kindly to him.  One of our team members saw someone they knew walking around the RLD.

Tonight was a night of prayer for healing.  It was also, obviously, a night of prayer for the Johns, customers that visit RLDs.  It was hard to get quality time speaking with most of the madams tonight because they were so busy.  If they did make time for us they wanted us to make it quick or speak quietly about what we were doing so customers inside couldn’t hear.  There were 2 madams however, that took hand cream and QTs to give to the girls locked inside.  One of those places is a place where we have already been able to distribute to the sisters.  Also, there was a new madam there tonight we were able to reach out to for the first time.

Pastor Choi is trying to make connections with churches in Daegu.  He wants to partner with them and enable them to continue this ministry in Daegu so he can have more flexibility to go out to other RLDs in Korea and start something similar.  The churches however ignore the problem that is right under the shadow of their steeples.

Pray for the Korean Church.  Girls at other RLDs have expressed a desire to go to church but don’t go because of the judgment that is passed on them when they enter the doors.  They also know about what is going on but don’t do anything to fight against it.  This is not how the Bride of Christ should be acting.  The Bride of Christ should welcome the sick and needy, not close their doors on them.  They should fight for justice and work to rescue those in bondage.  Thankfully, Onnuri, the Korean church that supports the English church I attend, has decided to partner with us in the fight for Justice this year.  Pray that goes well and grows stronger, influencing other churches in Korea to do the same.

Pray for the Johns around the world.  Their demand is what drives this industry to be the most profitable and growing industry during a struggling and weakening world economy.  Pray for God to change their hearts, and convict them of their sin. Pray that they would become fighters against injustice instead of supporters of it.  For those that are married, pray that they may turn away from this and become the Fathers and Husbands they were created to be.  TEN MILLION CUSTOMERS VISIT RLDS ANNUALLY IN KOREA, 80% MARRIED MEN!!!!!

Pray for our team, that we will continue to fight the battle of injustice with eager, passionate spirits.  That we won’t become apathetic or burned out by this issue but remain on fire, desiring to serve in the place God has called us too.  That our hearts and minds will remain on guard from enemy attacks and that we will remain faithful.

Pray for miracles of healing to happen here in the Daegu RLD as they have in other RLDs Pastor Choi has ministered in.  Not just physical healing but spiritual as well.  Pray that when these ladies are healed, they will accept that gift of grace and run to God, away from this life they were not created for.  Once they are healed, that they would confess their healing to other madams as a testimony of God’s grace. 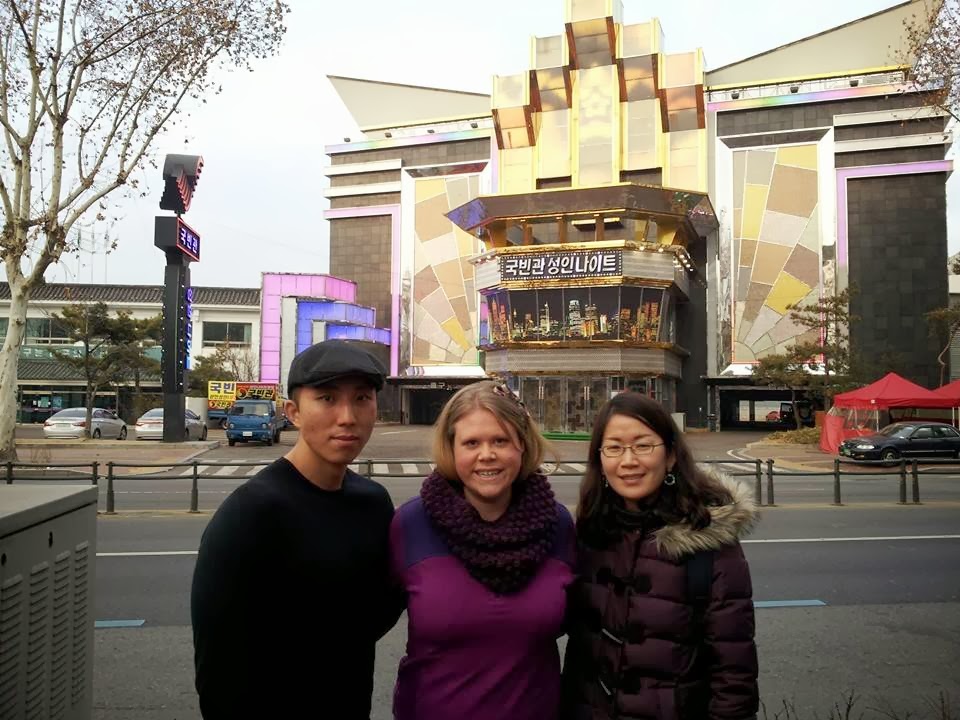