Today was the first day the Hope Be Restored (HBR) Restoration Team went into the Red Light District (RLD) in Daegu, South Korea.  The team consisted of 4 members, Pastor Choi, Vanesa, Rachael, and Angela.  Pastor Choi has been going into this particular RLD in Daegu for 6 months now.  In the beginning he was criticized badly by the madams for going to hand out gifts.  As of December the tide has turned.  Because of his dedication to visit on a regular basis (twice a month), the madams realize that he is different and they are now more open to him coming.  This time they were grateful for his gifts and kind words.  Also, some asked for prayers!!!

We arrived ahead of schedule, which gave us the opportunity to walk around the RLD while it was still light out and pray before we did the mission.  As we walked around, Pastor Choi explained the area to us.  He mentioned that there was a lot of witchcraft that went on in the area.  Also there were witchcraft chants written on the doorpost of some of the buildings.  Witchcraft is done in these areas to scare the girls from leaving.  Sometimes they will do dances and chants to appease the spirits and for luck.

We were also informed that the head pimp and many of the madams in this particular RLD attend protestant church regularly, some are even deacons!  This information broke my heart.  The ones that do attend church are more accepting to let Pastor Choi in and even willing to give things to the girls inside.  This is important because the only way to gain access to these girls is through the madams.  Hopefully they can convince the other madams to do the same for us.

At 8:00 pm we went inside to hand out the gifts.  We gave away disposable hand warmers.  Before going into the RLD we prayed again in the car.  The bible verse 3 John 1:2 was written on the packages.  It reads, “Beloved, I pray that all may go well with you and that you may be in good health, as it goes well with your soul.”  We prayed this verse over the girls, the madams, and the RLD before we set out.  We prayed that God would protect them, provide for their needs, and give them good health.  We prayed that God would work in their hearts and they would believe in this verse and live their lives as the people God intended them to be.  We prayed that their souls would be released, freed from bondage that keeps them there.

After praying, we went and walked around the RLD distributing the gifts to the madams.  We asked the madams if they would give some to the girls inside.  Some were willing; some rejected it saying the girls didn’t need them.  The first set of buildings was located on the outskirts of the RLD.  The buildings were 3-5 story hotel looking buildings with no windows.  They were decorated very nicely on the outside with gold trim and marble walls and stairs.  We couldn’t see the girls in these buildings.  One of the madams asked for prayer.  Pastor Choi prayed 3 John 1:2 over her.
When we went inside the RLD the girls were visible to us in the windows.  Most of them were getting ready.  Some were already ready and posed in the windows.  Most of them were playing on their cell phones to pretend like they did not see us walking outside.  Hardly any were smiling.  I couldn’t help but notice how beautiful these women are, perfectly created in the image of God, deeply loved by God, trapped from knowing God by the evil that surrounds them.  I know that God has such a special plan for each one of them and I wanted to tell them all, but I couldn’t.  I know that God loves them as much as any person in this world and I wanted to show them, but how?  I wasn’t really sure how to respond as they watched us walk up and down the road but then I remembered a smile speaks more than words sometimes so I smiled at them and bowed.  Some of the girls rolled their eyes; most gave me a big smile and bow back.  One girl waved at me with this huge smile on her face.

As we continued walking Pastor Choi and Vanesa kept sharing with the madams and I just smiled and bowed at the girls in the windows, praying for them to be rescued.  One of the buildings didn’t have a madam outside.  That was our opportunity to sneak gifts into the girls.  Pastor knocked on the door with a huge smile on his face, holding the gifts in hand for them to see.  The girls were hesitant at first to unlock the door for us, but Pastor Choi’s smile won them over and they accepted the gifts, gladly.

The mission took 50 minutes.  When we returned to the car we prayed over the madams, girls, and RLD again.  The gifts were distributed, the gospel was shared, and love and acceptance were given to people who are very much looked down upon by a large majority of cultures, societies, and unfortunately even the Christian church.

In closing, I ask that you pray for the church in Korea.  Pray that it rises up to become more involved in the injustices that surround the church walls.  This particular RLD happens to fall in the shadow of many churches yet they are doing nothing, while customers and people who run the RLD attend their church. 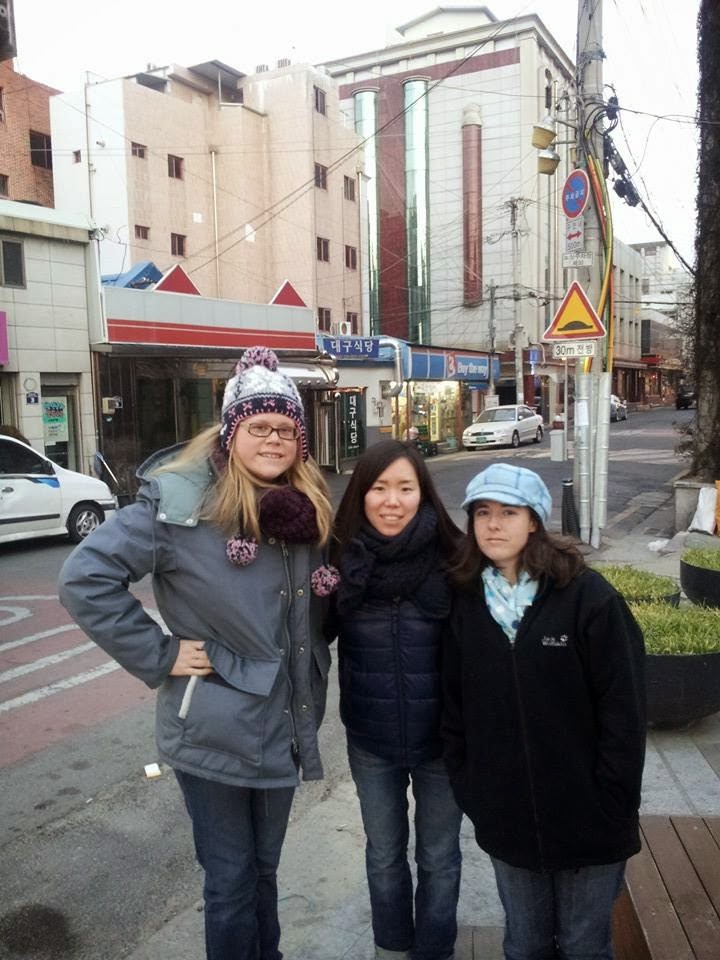